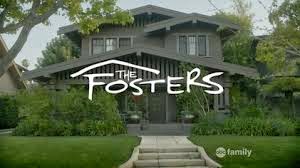 ABC has gone a long way downhill from the good family oriented programs of the past such as “Family Matters” and “Full House.” There is a huge debate raging on social media over a program called “The Fosters” which featured to young boys kissing.  Yes, you read that right, two young boys.  In the scene, two boys named Jude and Connor are seen playing ball and then frolicking about until they wrestle on the ground. One of the boys gets jealous that another was invited out.  Then a scene is shown of them in a room arguing when one kicks the other. The one that was kicked then plants a big kiss to the aggressive boy and then they stare at each other.

Ironically, this show airs on the “ABC Family” franchise of ABC which is supposed to air family oriented programming.  Instead, viewers got to see sick mild child homoerotic pornography.  What is the world coming to?  I fear for our youth who have to be forced to view these disgusting images masquerading as cute “puppy love.”

I invite my readers to contact ABC Family and protest.  Contact their sponsors and notify them that you do not appreciate this LGBT perversion being put on programming meant for families and children.