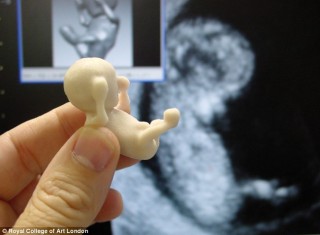 “Contraception paid for by you” poster child, Sandra Fluke recently tweeted a tweet that might make those who call themselves “prochoice” fall over.   In her tweet, she calls an unborn fetus a “child.”

This is not the first time “feminists” say the truth.  A “feminist atheist prochoice” twitter user did the same last year which I documented here: http://sacerdotvs.blogspot.com/2011/10/prochoice-atheist-admits-unborn-is.html

They know the truth regarding the unborn. They just suffer from Cognitive Dissonance. 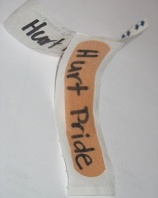 Our self-proclaimed Atheist rubicondior obviously lost it after losing a debate with me by forfeiting.  She is now disparaging me on Twitter, her blog and is calling for a massive reporting effort to suspend any opposition to atheism.   Twitter has been notified of this.

Unfortunately, Twitter has an automatic suspension system that suspends accounts based on algorithmic codes.  This is something they need to work on if they are to keep their service user friendly and in accords with First Amendment rights.  The media was contacted regarding this.  These tactics can be used to control speech which is illegal.

Take the case of Guy Adams, a reporter who was suspended for tweeting on the Olympics.  http://www.poynter.org/latest-news/media-lab/social-media/183480/guy-adams-suspension-punctuates-twitter-censorship-evolution/

Rubicondior recently posted a comment on my blog.  I replied with one of my own on her blog.  Let’s see if she has the integrity to post it.  In any case, this was the comment:

Thank you Rosa for showing everyone how bitter you got after you were defeated by me. No one has ever brought you down to this level like I have. 🙂
I really dissected you before all. Now you feel the need to stalk me, misidentify me and call for massive reporting efforts against me. How immature is that? You are only harming yourself, not me. I can always come back and my blog is promoted via other means. Others are reporting you and your tweets on an hourly basis. It is self evident that your pride was hurt in August and you are retaliating… poor thing. You need anger management. It is not healthy keeping a grudge.
Reporting me and calling for others to do the same is not going to restore your dignity. If you debate me instead of running away, then this will show that you are confident in your agnostic beliefs and might restore the deference you lost after I challenged you and you bowed out like a coward.
The choice is yours: Debate me like I asked and restore some dignity or take on this new role as a bitter vengeful person who only exists on twitter to cyber bully.

Letter to UK Officials regarding Rubicondior 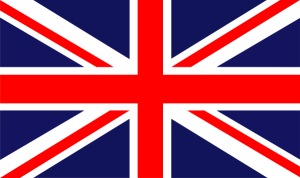 Below is the letter sent to the UK embassy in regards to the individual who goes under the parody alias “Rosa Rubicondior.” The minor she abuses on her blog and twitter account finally saw my warnings and her tweets and took action. I have blocked the name out of respect for privacy.

Dear sir/madam,
There is an individual who goes by the name “Rosa Rubicondior” who is harassing and bullying me on blogger and Twitter. This individual is disparaging and defaming me in an attempt to attack someone out of mistaken identity. In this person’s blog comments, the person posts my name, school and defames me: http://rosarubicondior.blogspot.com/2012/09/no-requiem-for-dead-gods.htmlOn twitter, a search for @rosarubicondior and ****** will show the tweet messages in which she attacks and defames me. I do not know who this person is.
Again, the person seems to be confusing me with another person. I am concerned. It is embarrassing having my family and friends inquire as to why this individual is attacking me on the internet. Based on the blog and twitter account, I understand this individual to reside in England. What can I do to report this individual in your nation? It is scary to think that anyone can do this. I reported this to twitter and am waiting for a response and will be making a report to the blogger site.
I am a very private person and do not appreciate my name and other information which cannot be found in a search engine broadcast on social sites in an attempt to defame me – and out of mistaken identity for that matter. Any information or action will be truly appreciated.
Sincerely,
****** ****** ******
USA

For those new to Mad Manuel, expelled seminarian, this is challenge he ran screaming from: bit.ly/Ou4Y1K #Atheism @sacerdotus
— Rosa Rubicondior (@RosaRubicondior) December 28, 2012

Hey @ponifex have u seen what your ‘faith’ has done to @sacerdotus? Nothing to say to Manuel the failed priest? #Catholic #Atheism #Sanity
— Rosa Rubicondior (@RosaRubicondior) December 28, 2012

@joesw0rld I thought Manuel was recovering his sanity. Christmas seems to have pushed him back into psychotic delusion again. @sacerdotus
— Rosa Rubicondior (@RosaRubicondior) December 28, 2012

For those new to Mad Manuel, expelled seminarian, this is challenge he ran screaming from: bit.ly/Ou4Y1K #Atheism @sacerdotus
— Rosa Rubicondior (@RosaRubicondior) December 28, 2012